The Three Golden Rules of Patching

It’s been a busy week among software companies and OEM’s, as both Microsoft and Adobe have released a flurry of patches.  Microsoft’s current “Patch Tuesday” bundle features fixes for almost one hundred flaws in Windows and other Microsoft software.  Adobe’s updates continue to patch their Flash and Shockwave technologies, both of which are unfortunate poster children for insecure software. 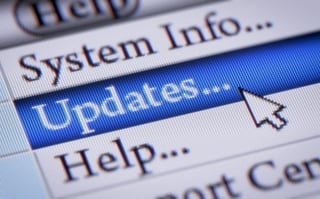 For both of these companies, progress toward ensuring that their products are secure has been a long road.  In the span of a few short years in the early 2000’s, Microsoft transformed themselves from a company with a spotty, almost nonchalant attitude toward security, to one of the industry’s best examples of security patch management by incorporating frequent, scheduled patch updates coupled with native auto-update features within their products.  For Adobe, progress has been more difficult, with Adobe platforms such as Flash and Acrobat still considered to have significant, fundamental security flaws – but regardless, Adobe as a company is much more reactive to security flaws in their products than they used to be.

Truth be told, patch management is often viewed as one of the least exciting, least sexy aspects of information security, and it’s not hard to see why.  Patch management is a never-ending task that requires constant vigilance to determine when patches are released.  The scope of patch management in most organizations seemingly never ends, as new software applications, network devices and Internet of Things (IoT) devices come online.  And the rewards of effective patch management are not frequently seen: if your patch management process is working, then nothing happens (or at least, nothing bad).

And yet, patch management is one of the great bastions of effective information security.  In a previous life, I conducted a lot of vulnerability assessments and penetration tests for clients.  Invariably, there were two key findings that always were the most common: (1) operating systems were not patched, often including entire operating systems that were no longer supported by the vendor; and (2) even when the OS was patched, supporting software like Adobe Acrobat, web server software like Apache HTTPd, and other tools and technologies were woefully out-of-date.  Collectively, these issues point to a big problem: organizations are not effectively addressing the basic, block-and-tackle operations of security, including patch management.

Addressing patch management requires following three basic “golden rules” that will reduce risks from unpatched systems while minimizing the impact to your business:

Patch management may not be the most sexy aspect of information security, but the fact is, it is the last line of defensive security.  Even with the most effective controls in place for anti-malware, anti-spam, intrusion detection/prevention and other security measures, eventually malicious code or an attacker is going to get through.  And when they do, it will be effective patching that prevents these bad actors from successfully exploiting your operating systems and applications.