The Good, the Bad and the Ugly of Patching 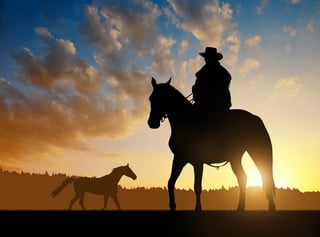 Not too many years ago, Microsoft Corporation was viewed somewhat suspiciously in the information security community for what was perceived to be a lackadaisical approach to patching their software and (in particular) their Windows operating systems.  Fast-forward to today, and Microsoft is recognized almost universally as having one of the most effective and timely security patching programs in the industry.  Of course, Microsoft isn’t the only OS vendor to experience known vulnerabilities; although Apple for many years boasted that it’s software “doesn’t have security holes”, the fact is that the venerable OSX operating system, while a very mature BSD UNIX variant, still encounters periodic security issues which – to their credit – Apple addresses through frequent patch deployments.  Even Linux, which runs so much of the Internet’s infrastructure, periodically has major security issues discovered in its supporting software, including a major vulnerability discovered just last week within systemd, a critical piece of software that provides name resolution services.

The “Good” side of patch management is that these organizations – Microsoft, Apple, the open source community, and many other commercial vendors – are getting serious about security.  They’re getting better about working with the community of researchers who discover most security flaws, they’re addressing these issues in a timely manner, and they’re doing everything they can to get issued patches into the hands of their users as quickly as possible.

The “Bad” side of patch management is, unfortunately, a product of the good side: as OS vendors continue to improve their products, security flaws continue to get discovered, and exploit code makes it into the wild…

…which leads to the “Ugly”: organizations that fail to implement these patches quickly enough, or even worse, don’t deploy them at all.  When the “WannaCry” ransomware outbreak hit back in May of this year, one thing that many analysts and pundits overlooked was the code that was exploited by WannaCry (SMB v1) had been fixed in a patch issued by Microsoft over two months before WannaCry hit.  Had the organizations who experienced a data loss due to WannaCry been more vigilant about patching, the fact is that they wouldn’t have been a victim.

While patch management is not the most glamorous aspect of information security, it is arguably the “last line of defense” when malicious code and attackers are not stopped by other security technologies such as firewalls, intrusion prevention or antivirus.