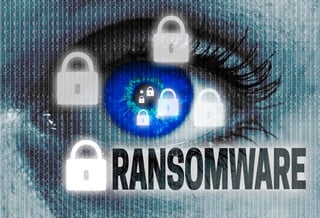 The technology world was rocked late last week with the arrival of the “WannaCry” malware payload.  “WannaCry” is ransomware: it encrypts files with strong encryption, and then notifies the victim that they can “recover” their files for a payment using Bitcoin (which is an extremely difficult-to-track blockchain-based payment system).  While the New York Times has reported that victims in nearly 100 countries have been affected so far by this fast-moving malware, the most significant impact so far has been identified within the U.K.’s National Health Services (NHS), which was forced to reallocate patients to unaffected facilities due to the “WannaCry” outbreak.

What makes “WannaCry” particularly malicious is the fact that it bundles ransomware functionality with computer worm functionality; it tries to propagate itself to other systems.  The attack vector that this malware uses is a relatively recent vulnerability discovered within nearly all recent versions of Microsoft Windows (see Microsoft Security Bulletin MS17-10).  Although Microsoft released a patch to fix this vulnerability for current Windows versions back in mid-March, it’s clear that many organizations have not yet applied it nearly two months later, facilitating its rapid spread.  Microsoft themselves, recognizing the criticality of this exploit, on Friday took the extraordinary step of issuing a supplemental patch for versions of Windows that are no longer supported by the company, including Windows XP and Windows 8.

While the ramifications of this massive malware outbreak are not yet fully known, one thing that is known is how to minimize the risk of becoming its next victim.  Mitigating the effects of ransomware (not to mention computer worms that try to propagate that ransomware) is not as difficult as you might think.  If you implement the following steps, your risk of falling victim to this extortion is massively reduced:

“MalwareTech” purchased this domain and turned it into a sinkhole, massively reducing the further spread of this ransomware outbreak.  Nobody exactly knows why this back door was built into “WannaCry”, but I.T. and information security personnel should ensure that this URL is not blocked (i.e., whitelisted) by their web proxies and other application-layer technologies.

Widespread ransomware attacks like “WannaCry” are becoming more common, and there is no doubt that more and more organizations are going to fall victim to these types of campaigns.  However, the simple, block-and-tackle aspects of security – patching, vulnerability detection, backup and access control – can help organizations to both eliminate points of attack, as well as minimize the impact and spread from ransomware in the event that they are compromised.