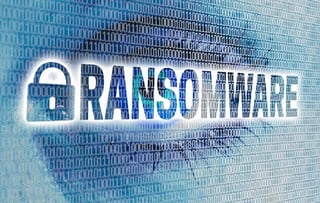 22 years ago, Irish actor Pierce Brosnan took his first turn as MI-6’s perennial agent James Bond. In that particularly great outing, everyone’s favorite international spy took out a satellite network known as GoldenEye, spearheaded by two satellites named Mischa and Petya. While the fictional GoldenEye satellites delivered an electro-magnetic field (EMF) of radiation that took out all electronics within a 30-mile radius, this week the world was hit with a real Petya: the “GoldenEye” strain of the ransomware that was at the root of last month’s massive WannaCry outbreak.

The current GoldenEye malware incursion will likely eclipse WannaCry both in terms of its breadth of spread as well as the depth of infrastructure that it penetrates. So far, we know that it appears to have originated in Kiev, Ukraine, and spread rapidly to critical infrastructure in that country including government offices, the electrical grid and its airports. From there, the attack spread to other nations and a range of commercial enterprises: Russia’s Rosneft oil production company, Denmark’s Maersk shipping company and Merck, the U.S.-based international pharmaceutical firm.

Perhaps the most frustrating aspect of malware like Petya and WannaCry is that they’re not relying on some obscure, zero-day vulnerability. They both rely on exploiting the exact same vulnerability in Microsoft’s Server Message Block (SMB) 1.0 protocol, for which Microsoft released a patch almost two months before WannaCry hit. Moreover, the vulnerability was disclosed as part of the hacking group Shadow Brokers’ acknowledgement that it had acquired a trove of NSA attacks of which this was one. This means that organizations are either neglecting to install patches in a timely manner, or – even worse – they’re simply not installing them at all.

So, revisiting our recommendations from a few months ago, how can your organization ensure that you’re not affected by GoldenEye? The good news is that the solutions are pretty simple:

It’s clear from attacks such as WannaCry and GoldenEye that we are now in a new era of increased ransomware attacks; it’s probably safe to assume that they are more likely the first major salvos in a new era of malware, rather than the last. As the great Sean Connery said when he took one last turn as James Bond: “Never say never again.”