Five Ways to Stop DDoS In Its Tracks 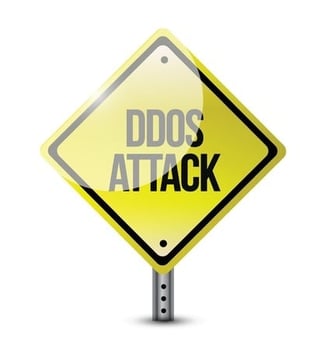 Just a few weeks ago, security researcher and journalist Brian Krebs reported on the arrest of two men who were suspected of running “vDOS,” one of the most pervasive distributed denial-of-service (DDoS) paid service networks in the world.  DDoS as a subscription service is nothing new; vDOS was in existence for well over four years, and along with other services such as “PoodleStresser” were part of the nascent but rapidly-growing distributed denial of service-as-a-service market (“DDoSaaS” – how’s that for an acronym?)

Regardless of what it’s called, DDoS is a pervasive and incredibly dangerous problem for organizations today.  According to content distribution network vendor Akamai, there were over 700,000 DDoS attacks against companies and sites in Q4 of 2016 alone.  These attacks result in disruption of services, most commonly web services that may be a company’s lifeline, such as an e-commerce site or a site that offers subscription-based access to content.  DDoS is just as insidious as ransomware, phishing, and other digital threats to the enterprise.

For most organizations, mitigating against DDoS attacks is pretty far down the list of security threats, and is often ignored in deference to endpoint security, phishing mitigation and other technical security controls.  Blocking DDoS attacks is often thought of as “too big a project,” and DDoS mitigation has the reputation of being a “big company problem,” despite evidence to the contrary.  However, there are some practical, actionable tasks that organizations can do to minimize the risks of being the next DDoS victim:

DDoS attacks aren’t going away anytime soon.  In fact, the prevalence of “DDoS as a service” indicates that organized criminals are providing platforms for both other groups as well as individuals to launch these frustrating attacks.  While it’s nearly impossible to fully block or deflect a highly-organized and bandwidth-intensive DDoS attack, with some basic configuration changes to network infrastructure, coupled with assistance from NGFW’s and DDoS mitigation providers, organizations can achieve the “80/20 rule” by stopping the low-hanging fruit of casual DDoS attacks.