“Cybersecurity is the Greatest Threat We Have Now": What This Means for Companies 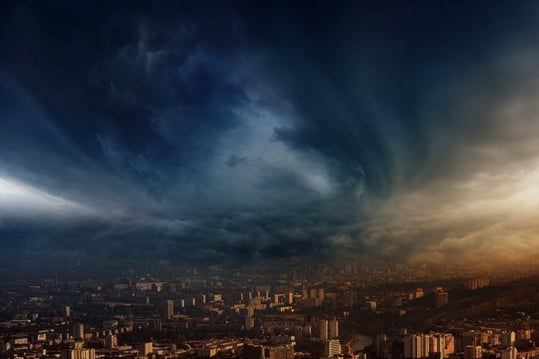 In April 2016, Steve Wozniak sat down for an interview with the Australian news program Lateline. Questioned by reporter Matt Wordsworth about the recent Apple vs. FBI saga, the Apple co-founder made a strong statement: cybersecurity is the greatest threat to the world today. The following considers that claim and its implications for businesses aiming to strengthen their cybersecurity stances.

Here is the context for Wozniak's statement: "[C]ybersecurity is the greatest threat we have now. We used to fear the atomic bomb ... now we fear all the cyber attacks and hacking. What's the next one we're gonna hear about? Is one gonna come close to me? Is it gonna hit me? Could they really take out our electrical system, turn off our Internet? How far can it go? And it's getting worse and worse year by year, not better and better. And cybersecurity means you've got to develop computers and products that are secure and that's ultimately important."

Should People Be Worried About Hacks?

The above quote makes several points, all of which have considerable merit for both individuals and companies.

First, Wozniak essentially says that cyber attacks stir a deep fear within people, making them believe that they might be the next victims of a data breach. The truth of that point will be familiar to readers. For example, consider the threat of a hacker who tried to sell LinkedIn credentials stolen in a data breach in May 2016. Surely many people are concerned that they might be affected by this theft, given the widespread use of the professional networking site.

Next, Wozniak highlights worries beyond stolen data: that hackers might take out electrical grids in the United States or shut down Internet service. Those are both possible scenarios: hackers already shut down a power grid in Ukraine in December 2015, and experts say the same might happen in the United States—an especially alarming situation because it could take weeks to restore. While hackers have not restricted connections to the Internet within this country yet, fiber optic cables were mysteriously cut in the San Francisco Bay area in July 2015, which slowed down Internet access for many users.

Lastly, Wozniak predicts that things will worsen, except for those who pay attention to cybersecurity. That fits with EiQ's assessment—more advanced attacks will lead to more major breaches.

How Businesses Can Respond

Is Your Organization Ready to Battle Cyber Attacks?

Find out with EiQ’s free, 10-question cyber security readiness assessment! Sign up now to see how prepared you are to identify threats and vulnerabilities, mitigate risks, and enable compliance.