Cybersecurity a Key Topic at Davos this Week 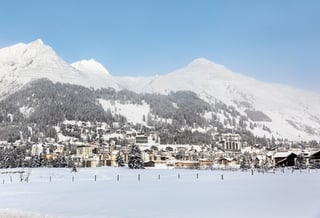 This week, as the World Economic Forum (WEF) met in Davos, Switzerland, cybersecurity took a key spot on the agenda. The World Economic Forum announced plans Wednesday for a new Global Centre for Cybersecurity. “The new Global Centre for Cybersecurity is designed as the first platform to tackle today’s cyber risks in a truly global manner,” Alois Zwinggi, managing director for the WEF, told CyberScoop. The new group is intended to facilitate increased public-private collaboration and information sharing on cyber threats. “Only through collaboration, information exchange and common standards can the global community successfully counter organized digital crime,” said a press release from the organization.

This announcement follows the release of the Global Risks Report 2018, published last week by the WEF, which identifies cyberattacks as a growing risk and one that continues to be underfunded relative to the risk. The organization has also published a Cyber Resilience Playbook that points out 14 policy areas that require increased public-private collaboration in the fight against cyberattacks.

Also, while speaking at Davos this week, UK Prime Minister, Theresa May reiterated calls for technologists to develop encryption backdoors that would be accessible only to law enforcement. Developing a cryptographic structure that allows government access without weakening the encryption remains a contentious point among those in the security community as the idea of creating an intentional backdoor intended for only government access inherently creates a potential hole for hackers to exploit.

May’s comments also come on the heels of a speech earlier this month by FBI director Christopher Wray at the International Conference on Cybersecurity in New York that also called for encryptions backdoors, calling it a public safety issue. His comments sparked criticism from the security community.  The debate over so-called “Responsible Encryption” is likely to continue for some time.